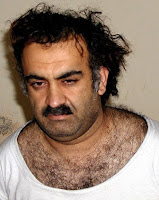 ABC News says security for the trial of Khalid Sheik Mohammed in New York City is likely to top $400 million if the trial goes for only two years and will cost another $200 [million] for every year afterward.

The civilian trial of the Sept. 11 mastermind Khalid Sheikh Mohammed and five other suspects in the attacks that killed nearly 2,750 civilians will take place in a Manhattan federal courthouse just blocks from where the towers stood. … In a letter to the director of the federal Office of Management and Budget supporting Sen. Charles Schumer’s proposal for federal reimbursement, Bloomberg projected a first year security price tag of $216 million and an ongoing annual cost of $206 million. “The City of New York’s financial resources are in short supply,” Bloomberg wrote. “Thus securing the trial will require us to pull existing personnel from crime prevention resources from around the city.”

Security is expected to include the closure of many streets around the court house, a very heavy uniformed police presence, snipers, heavy weapons teams, undercover police officers and a massive federal and local intelligence and counter terror operation.

KSM’s lawyers are likely to turn the trial into a full fledged counter-trial of America’s transgressions against the Muslim world. If one could monetize it, the costs resulting from this bad publicity which could result in new terrorist recruits and the effect of inconveniencing New Yorkers by essentially locking down part of the city may exceed $400 by a handsome margin. But of course the taxpayer is going to pay for it, so maybe like all other government provided services, it can be considered “free”.

Gil, how would you recommend that KSM be dealt with?

This is nutty. So much money into a spectacle for the American people and for the world! And if the earlier reports are true that Obama has already pronounced KSM guilty, how can such a trial possibly be fair?

Gil, one more thing before I sign off for a longer period. If you come to Vienna, Austria and have a couple hours of spare time, let me know.