My monthly visits to St. Michael's parish in Wheaton, Illinois include a breakfast meetings the morning after the talk with a number of friends, most from the robust Evangelical community that has grown up around Wheaton College. This morning's discussion, which included an Episcopal friend from the philosophy department at Wheaton, was -- as usual -- stimulating and personally inspiring. In the course of the conversation, I made a stammering effort to express the affection that lies at the core of my ecclesiology. Driving to the airport after the morning meeting I realized that what I wanted to say had been said better than I could hope to say it by Henri de Lubac. So from lovely O'Hare airport I am sending along the de Lubac quote. It expresses my sentiments exactly.

“For myself,” said Origen, “I desire to be truly ecclesiastic.” He thought – and rightly – that there was no other way of being a Christian in the full sense. And anyone who is possessed by a similar desire will not find it enough to be loyal and obedient, to perform exactly everything demanded by his profession of the Catholic faith. Such a man will have fallen in love with the beauty of the House of God; the Church will have stolen his heart. She is his spiritual native country, his “mother and his brethren,” and nothing that concerns her will leave him indifferent or detached; he will root himself in her soil, form himself in her likeness, and make himself one with her experience. He will feel himself rich with her wealth; he will be aware that through her and her alone he participates in the unshakeableness of God. It will be from her that he learns how to live and die. Far from passing judgment on her, he will allow her to judge him, and he will agree gladly to all the sacrifices demanded by her unity. [The Splendor of the Church, 241-2]

Just passing along another item I think worthy of your attention. This from one of the people who has most successfully cleared his head of fuzzy multicultural pieties, Mark Steyn.

A while back I mentioned Harvard's decision to ban men from its pool and fitness center six times a week in the interests of "accommodating" Muslim women. Our pal Michael Graham picks up the theme:

In the old days, Harvard would have laughed if some Catholic or evangelical mother urged “girls-only” campus workouts in the name of modesty. Today, Harvard happily implements Sharia swim times in the name of Mohammed.

Well put. And thus "progress" comes full circle. In Minneapolis last year, the airport licensing authority, faced with a mainly Muslim crew of cab drivers refusing to carry the blind, persons with six-packs of Bud, slatternly women, etc, proposed instituting two types of taxis with differently colored lights, one of which would indicate the driver was prepared to carry members of identity groups that offend Islam. Forty years ago, advocating separate drinking fountains made you a racist. Today, advocating separate taxi cabs or separate swimming sessions makes you a multiculturalist.

Every society has culturally self-segregating groups - the Amish and whatnot. But they're usually in small numbers somewhere out on the edge of the map. In Europe and Canada, the self-segregating group happens to be the principal source of population growth, which presents a profound challenge to societal cohesion. America does not face the same scale of problem, but nevertheless "sharia creep" ought to be resisted before it becomes remorseless. The rest of Michael's column goes on to explain why that doesn't happen: at Harvard and elsewhere, bigshot Saudi princes waving gazillion-dollar checks are in effect buying silence about one of the central questions of the day - Islam's relationship with the west.

My friend, Fr. Mario Arroyo, the pastor of St. Cyril's parish in Houston where we hold one of the Emmaus Road Initiative sessions each month -- posted this on his weblog. I thought you might appreciate it. 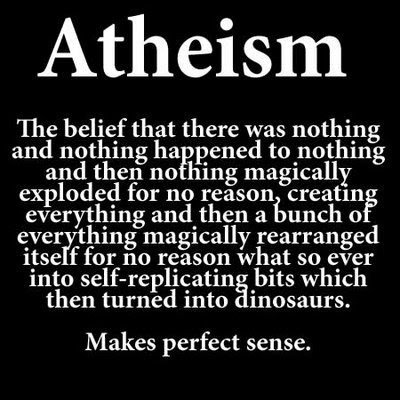 A Voice Sighing in the Wilderness

Once again, my schedule prevents me from attending to this weblog, but occasionally I see something worth passing along, and here is such an item. Sherif Girgis has spoken a great truth with great eloquence.

The Audacity of Hope: A second-generational query.

As an immigrant from Kenya, your father found new hope in America’s noble principles and vast opportunities. The same promise brought my parents here from Egypt when I was still too young to thank them. Now you have inspired my generation with your vision of a country united around the same ideals of liberty and justice, “filled with hope and possibility for all Americans.”

But do you mean it?

As a legislator, you have opposed every effort to protect unborn human life. Shockingly, you even opposed a bill to protect the lives of babies who, having survived an attempted abortion, are born alive. Despite your party’s broad support for legal abortion and its public funding, most Democrats (including Senator Clinton) did not oppose the Born-Alive Infants Protection Act. You, however, opposed it. Your vision of America seems to eliminate “hope and possibility” for a whole class of Americans: the youngest and most vulnerable. You would deny them the most basic protection of justice, the most elementary equality of opportunity: the right to be born.

As a prerequisite for any other right, the right to life is the great civil-rights issue of our time. It is what slavery and segregation were to generations past. Our response to this issue is the measure of our fidelity to a defining American principle: “that all men are created equal, that they are endowed by their Creator with certain unalienable Rights, that among these are Life.”

You have asked me to vote for you. In turn, may I ask you three simple questions? They are straightforward questions of fact about abortion. They are at the heart of the debate. In fairness, I believe that you owe the people you would lead a good-faith answer to each:

1. The heart whose beating is stilled in every abortion — is it a human heart?

2. The tiny limbs torn by the abortionist’s scalpel — are they human limbs?

3. The blood that flows from the fetus’s veins — is it human blood?

If the stopped heart is a human heart, if the torn limbs are human limbs, if the spilled blood is human blood, can there be any denying that what is killed in an abortion is a human being? In your vision for America, the license to kill that human being is a right. You have worked to protect that “right” at every turn. But can there be a right to deny some human beings life or the equal protection of the law?

Of course, some do deny that every human being has a right to life. They say that size or degree of development or dependence can make a difference. But the same was once said of color. Some say that abortion is a “necessary evil.” But the same was once said of slavery. Some say that prohibiting abortion would only harm women by driving it underground. But to assume so is truly to play the politics of fear. A compassionate society would never accept these false alternatives. A compassionate society would protect both mother and child, coming to the aid of women in need rather than calling violence against their children the answer to their problems.

Can we become a society that does not sacrifice some people to help others? Or is that hope too audacious? You have said that abortion is necessary to protect women’s equality. But surely we can do better. Surely we can build an America where the equality of some is not purchased with the blood of others. Or would that mean too much change from politics as usual?

Can we provide every member of the human family equal protection under the law? Your record as a legislator gives a resounding answer: No, we can’t. That is the answer the Confederacy gave the Union, the answer segregationists gave young children, the answer a complacent bus driver once gave a defiant Rosa Parks. But a different answer brought your father from Kenya so many years ago; a different answer brought my family from Egypt some years later. Now is your chance, Senator Obama, to make good on the spontaneous slogan of your campaign, to adopt the more American and more humane answer to the question of whether we can secure liberty and justice for all: Yes, we can.

— Sherif Girgis of Dover, Del., is a senior philosophy major at Princeton University and a 2008 Rhodes Scholar.

It is moral clarity of this sort that gives hope.

Posted by Gil Bailie at 7:38 AM No comments: