from the Archives: Famished Craving - Part 66 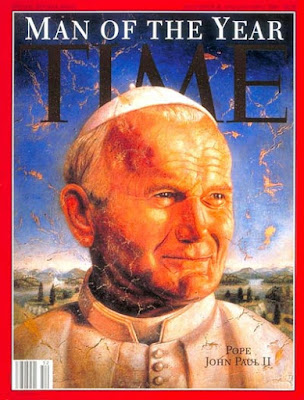 Mentioned in this excerpt, Crossing the Threshold of Hope by John Paul II

Posted by Randy Coleman-Riese at 1:38 AM No comments:

from the Archives: Famished Craving - Part 65

the Imitation of Christ...

Posted by Randy Coleman-Riese at 1:59 AM No comments:

from the Archives: Famished Craving - Part 64

From the Archives: Famished Craving - Pt 63

Continuing with Robespierre in the role of the martyr as his own sacred executioner; and also continuing "What happens when there are too many 'Alexanders'?"

Posted by Randy Coleman-Riese at 5:21 PM No comments:

from the Archives: Famished Craving - Part 62

In this excerpt Gil Bailie references the following texts:


The Sorrows of Young Werther - by Goethe
(this is a public web version from Project Gutenberg)
Posted by Randy Coleman-Riese at 10:16 AM No comments:

from the Archives: Famished Craving - Part 61

Can there be an exception to the rule that finds no basis in the unanchored, self-validating human mind for shared social norms? Carl Schmitt and decisionism.

Posted by Randy Coleman-Riese at 5:24 PM No comments:

from the Archives: Famished Craving - Part 60

Is it true that much as one may appeal to universal rationality as supplying the content of ethics, universally shared norms cannot be distilled from the unanchored, self-validating human mind?

Posted by Randy Coleman-Riese at 10:54 AM No comments:

from the Archives: Famished Craving - Part 59

With this excerpt the Famished Craving series begins tape #9 - so Gil starts with a bit of a review and then picks up where he left off at the end of tape #8 with Leo Braudy's comments:

"What happens when there are too many Alexanders?"

Referenced in this excerpt and the one to follow is a W H Auden poem, Law, Like Love:

Law, say the gardeners, is the sun,
Law is the one
All gardeners obey
To-morrow, yesterday, to-day.

Law is the wisdom of the old,
The impotent grandfathers feebly scold;
The grandchildren put out a treble tongue,
Law is the senses of the young.

Law, says the priest with a priestly look,
Expounding to an unpriestly people,
Law is the words in my priestly book,
Law is my pulpit and my steeple.

Law, says the judge as he looks down his nose,
Speaking clearly and most severely,
Law is as I've told you before,
Law is as you know I suppose,
Law is but let me explain it once more,
Law is The Law.

Yet law-abiding scholars write:
Law is neither wrong nor right,
Law is only crimes
Punished by places and by times,
Law is the clothes men wear
Anytime, anywhere,
Law is Good morning and Good night.

If we, dear, know we know no more
Than they about the Law,
If I no more than you
Know what we should and should not do
Except that all agree
Gladly or miserably
That the Law is
And that all know this
If therefore thinking it absurd
To identify Law with some other word,
Unlike so many men
I cannot say Law is again,

No more than they can we suppress
The universal wish to guess
Or slip out of our own position
Into an unconcerned condition.
Although I can at least confine
Your vanity and mine
To stating timidly
A timid similarity,
We shall boast anyway:
Like love I say.

Posted by Randy Coleman-Riese at 10:14 AM No comments:

from the Archives: Famished Craving - Part 58

What happens when there are too many 'Alexanders'?

Posted by Randy Coleman-Riese at 2:06 AM No comments:

Being Scene - the Self and the sound of two hands clapping...

We have recently posted on the home page of our public website the video of Gil Bailie and Ron Austin's presentation at the Dominican School of Philosophy and Theology last month of 'Being Scene: the self and the sound of two hands clapping'. The presentation is split into two approximately 30 minute video clips; the first featuring Gil and the second Ron. I am posting the video here as well.

Also, the 5th CD/MP3 in the Famished Craving series being excerpted here is now available for purchase on our webstore.

The Being Scene videos are a serendipitous companion to the Famished Craving series of archival audio excerpts as they both deal with the analysis of fame using the anthropological interpretive tools provided by René Girard and Christian theology. Ron Austin brings an enlightening overview of his experience in Hollywood working with the fame industry.

Over the past months of postings to the blog a number of items have come to my attention that in much the same fashion as Gil used in his original presentation in 1995 illustrate some of the themes being examined. Here are two that I would like to share with our blog visitors:

A few months ago this pop music superstar phenomenon was interviewed on the 60 Minutes television news magazine. In this interview Ms. Germanotta states that she is a student of the art and sociology of fame. Her 2008 debut CD was entitled "The Fame". She is obviously a talented and smart young woman who seems to understand the game she has chosen to play, as Gil says of Ulysses in Shakespeare's Troilus and Cressida, on the level of 'chess' as opposed to 'checkers'. Again from the 60 Minutes interview, she states unequivocally that an important aspect of the famous person's relationship with her fans is their desire to see the famous one fall, especially to see her die. Also, the ability to redirect attention to what the famous person wants to have the audience see is essential, she says, for her to maintain some modicum of privacy in a world dominated by the paparazzi. In her case it seems all of the attention is directed at her body and how it is displayed. She says one of the characteristics that make her unique among the famous is that she is completely open and truthful with the media and her fans; no lies to hide behind.

Lady Gaga is viewed both by herself and by many of her fans as a kind of icon of empowered individualism, giving them the inspiration to break the chains of whatever it is that holds them in bondage. She believes everyone has a destiny to become a superstar. It is of interest that much of the motivation for this seems to come from a sense of having been made to feel 'different' and 'disrespected' in her Catholic all girl high school.

In 2004 60 Minutes' correspondent Ed Bradley interviewed Bob Dylan around the time of the publication of the first volume of Dylan's autobiography entitled Chronicles. Bradley says of Dylan that he "retreated from fame":

At his peak (ca 1970's), fame was taking its toll on Dylan. He was heading toward a divorce from his wife, Sara. And in concerts, he wore white makeup to mask himself.

In the 1960's Dylan was often called the 'voice of his generation' yet he resisted this title. Again from the 60 Minutes interview:

"If the common perception of me out there in the public was that I was either a drunk, or I was a sicko, or a Zionist, or a Buddhist, or a Catholic, or a Mormon - all of this was better than 'Archbishop of Anarchy,'" says Dylan, referring to being considered the voice of a generation opposed to everything.

Dylan was especially opposed to the media, which he says were always trying to pin him down. He wrote, "The press, I figured, you lied to it." Why?

"I realized at the time that the press, the media, they're not the judge - God's the judge," says Dylan. "The only person you have to think about lying twice to is either yourself or to God. The press isn't either of them. And I just figured they're irrelevant."

On the topic of Dylan's many musical awards:

"That must be good to have as part of your legacy," says Bradley.

"Oh, maybe this week. But you know, the list, they change names, and you know, quite frequently, really. I don't really pay much attention to that," says Dylan.

"This week it is," Dylan replies. "But who's to say how long that's gonna last?"

His success, however, has lasted a long time. Dylan is still performing all of his songs on tour, and he says he doesn't take any of it for granted.

So why is he still out there?

"It goes back to that destiny thing. I mean, I made a bargain with it, you know, long time ago. And I'm holding up my end ... to get where I am now," says Dylan.

And with whom did he make the bargain? "With the chief commander," says Dylan, laughing. "In this earth and in the world we can't see."

Some people believe that in this last comment Dylan admits to having sold his soul to the devil to achieve his success. In his 1980's song "Gotta Serve Somebody" he wrote in the refrain:


Finally, Ron Austin mentions how the changes in Hollywood film stars beginning in the 1950's began to appeal more to the fantasies of adolescents, so that a viewer might actually imagine oneself being someone like Elvis Presley. Here Bradley asked Dylan about how he dealt with the image the public had of him:

"It was like being in an Edgar Allan Poe story. And you're just not that person everybody thinks you are, though they call you that all the time," says Dylan. "'You're the prophet. You're the savior.' I never wanted to be a prophet or savior. Elvis maybe. I could easily see myself becoming him. But prophet? No."
Posted by Randy Coleman-Riese at 3:14 AM No comments:

from the Archives: Famished Craving - Part 57

That no man is the lord of any thing,
Though in and of him there be much consisting,
Till he communicate his parts to others:
Nor doth he of himself know them for aught
Till he behold them form'd in the applause
Where they're extended; who, like an arch,reverberates
The voice again, or, like a gate of steel
Fronting the sun, receives and renders back
His figure and his heat.

Posted by Randy Coleman-Riese at 8:38 AM No comments: