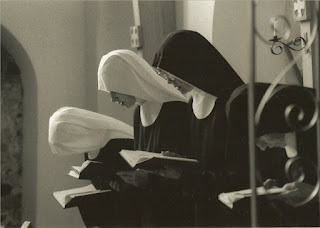 "No discipline can survive the loss of inwardness."
Philip Rieff again:

Here we now see, with startling clarity, how little our established political distinctions between left and right, conservative and radical, revolutionary and reactionary, matter nowadays. Rather, any remaking of political distinctions will have to ask, first, whether there is in fact a discipline of inwardness, a mobilization for fresh renunciations of instinct; or whether there is only the discipline of outwardness, a mobilizing for fresh satisfactions of instinct. Such a distinction will divide contemporary men and movements more accurately; then we shall find fashionable liberals and fascists on the same side, where they really belong.

Philip Rieff's point, though insightful, may be a little to subtle. Subtlety is not the usual fare of politics, eventuality it comes down to who is the most committed and the more willingly to be brutal. Which is why Sowell's 1930 Munick analogy is right on; but he could as well have gone to the Venice of the Borgias, or Russia August 1914, or an number of times when a committed minority were committed enough to be brutal. Fine points about inwardness and outwardness, or who is on who's side, eventually fade as the monsters take off their masks.

Not vested in political babble this photo and word in the title of post made me think of 2 quotes, both from Henri de Lubac.

"If man could enter inside himself and have a vision of himself both penetrating and sincere, simple and straightforward, he would no longer dare take refuge in all the alibis of psychological and sociological analysis. He would no longer dare to imagine that anything which is not the changing of his heart by a Stronger than He can ever free him." – Cardinal Henri de Lubac (1896-1991)

"... man's inwardness is the fruit of his victory over the gods." - Henri de Lubac