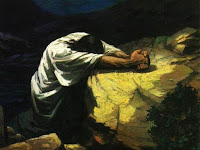 It's not always about social justice.
Those who have paid any attention at all to the Obama administration's religious shell game will not be surprised by a word of it, but the British journalist Adam Shaw takes a look at the code words that are routinely used to wrap the secular left's contempt for religion in religious-sounding rhetoric.

Once again the National Prayer Breakfast has taken place, and again the Obama administration has taken a swipe at religious belief.


In line with last year's address, where his speech consisted almost entirely of issues of social justice, President Obama used this year's address to speak of brotherhood and civility. An atheist may object, "Wait, but you don't need to be religious to understand brotherhood and to be civil." He would be correct. Obama's address exhibits a characteristic of the left's view of religion: sacrificing the vertical axis of faith (the praise and rightful worship of God) for an exaggerated emphasis on a vague understanding of the horizontal axis of faith (love of neighbor).
In order to have a coherent religious belief, the two axes must be balanced equally. If not, the result is either an irrelevant set of ideas that don't change anything or, in this case, a doctrine of social justice wrapped up in sentimental spirituality. The president, a man firmly rooted in Rev. Jeremiah Wright's version of the socio-political Liberation Theology, entrenches his address in the horizontal axis, declaring that the all-important civility we seek can be attained only by "stretching out of our dogmas."
Obama's implication is that dogma is a restriction, a shackle to be broken out of, yet for most religious believers, the opposite is true. For example, Christian dogmas from the belief that Christ is the true God to the inherent dignity of the human person, from the belief in heaven to the Resurrection, are sources of great joy and truth for Christians.
If we replace the word "dogma" with "principle," which is what a dogma is, then we see how bizarre it is that Mr. Obama would call for religious believers to jettison them. Why should President Obama call upon people to drop their beliefs unless he sees them as intrinsically bad and restrictive?  To see dogma in this way is to consequently see religion itself as nothing but a negative force that one must shake off in order freely join Obama in his land of civility. This distrust of dogma and the religions that proclaim them leads to the address of Hillary Clinton. . . .

Mrs. Clinton jumps on the bandwagon of contrasting faith with religion, stating that "across the world, we see organized religion standing in the way of faith, perverting love, undermining that message."


Certainly there are some individuals and some religions that will attack people and their rights, but Mrs. Clinton does not say "some religions" or "some people." She says "organized religion." To blame such acts on "organized religion" in general is a grave but unsurprising generalization that the left frequently makes. By using a syncretistic approach and grouping all of the varied religions together into "religion," the left then places them at odds with the vaguer "faith," painting faith as good and religion as violent. . . .
The left has always had contempt for "dogma" and "organized religion" and has tried consistently to reduce religious belief to little more than spiritual wrapping for social justice. Leftists consistently attack those who refuse to comply. Nancy Pelosi sought to reinvent the history of the Church's teaching on abortion, Obama adviser Harry Knox recently reaffirmed his statement that the Pope is "hurting people in the name of Jesus," and Martha Coakley implied that Catholics who aren't prepared to drop their principles (or should that be "stretch out of their dogma"?) shouldn't work in emergency rooms.

The problem isn't just that this shows a profound ignorance of both the constitutional order and the religious tradition which inspired it, but also that it blinds those holding these absurd views to the true nature of the American experiment while beclouding their capacity to recognize the religious threats to that experiment at home and abroad.
Shaw's whole piece is here.
Posted by Gil Bailie at 1:40 AM

The progressivist agenda regarding the Judeo-Christian ethos in America can best be summarized by the actions of that older kid from my elementary school. To your face, he would act as though you are too inconsequential to matter to him at all. But when no teacher was looking and when you had your back turned, he would stick out his foot, trip, and shove you, leaving you sprawled on the ground.

You would look up to see him either (a) looking down on you with scorn, or (b) his back as he walked away.

The loud-mouth progressivist is the Dawkins, the Hitchens; the smooth operator is the Obama, the Clinton. The latter is more dangerous because he/she is out to do more than sell books.

This screed against Obama, at least the part you have posted here, uses none of Obama's words, except the few without context, except as Shaw paints the context, and he seems anything but evenhanded. It includes this laughable, if not so insidious, and patently false (in implication) paragraph:

"Obama's implication is that dogma is a restriction, a shackle to be broken out of, yet for most religious believers, the opposite is true. For example, Christian dogmas from the belief that Christ is the true God to the inherent dignity of the human person, from the belief in heaven to the Resurrection, are sources of great joy and truth for Christians."

He implies that Obama does not believe "that Christ is the true God to the inherent dignity of the human person, in heaven to the Resurrection, are sources of great joy and truth for Christians." That is absurd, prima facie. Shaw also suggests by implication that religious dogma is far more important than the social Gospel. Matthew 25 has nothing to say about dogma. Dogma is what is supposed to help us to live what Jesus requires in that description of the final judgement. When it doesn't, shame on it, of course. Shaw's piece doesn't make it clear what Obama was talking about.

Have you, Gil, or Shaw read Obama's speech on religion and repudiation of Rev. Jeremiah Wright's hate speech. Even Wright's GD America sermon (that's neither the title nor what the sermon was mostly about) is not so horrible when the things he is saying that about are known: the way we treated Native Americans, the way we enslaved African Americans, the way we interned Japanese Americans. I cannot help but disagree with much of that sermon, but so did Obama. Read his speech.

Gil, remind us what it suggests one is doing when one only says negative things, so negative as to warrant posting on a Christian blog, and not just a few negative things, and posts others' negative things about someone or some group, and apparently (I have only been following your blog for four months) never anything positive?