"a date which will live in infamy" 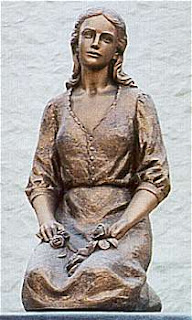 "A voice was heard in Ramah, sobbing and loud lamentation; Rachel weeping for her children, and she would not be consoled, since they were no more." - Matthew 2:18

There is all the more reason for weeping, inasmuch as the taking of innocent life has not only become public policy -- the majority party's sacred cause -- but it now requires that every tax-payer to be financially complicit in the slaughter of the innocents that continues day-in and day-out. Herod of old would blush at the scale of the slaughter.

The Obama revolution rolls on.

“60 U.S. Senators just made history by voting to move forward with a bill that imposes a first-ever mandatory abortion tax on the American people. Majority Leader Reid held this vote in the middle of the night because he knows that the vast majority of Americans don’t want this new tax and don’t want tax dollars bankrolling insurance plans that cover abortion. A ‘yes’ vote is a solid ‘yes’ to the expansion of federal funding for abortion. We will be making this tragic decision clear to those constituents who have been misinformed that their Senator is pro-life.”

It is yet another day that will live in infamy, but this time the president of the United States will congratulate his political allies for bringing it about.

There are many reasons for opposing the Health Care Bill which will now be forced on the American people, and I oppose it for most of them, but the federal funding of abortion is the most morally odious of them all.

The darker strains of the Christmas story are being lived out in our time. The brighter strains of that story must sustain us -- and fortify us for our resistance to the unconscionable -- in the "meantime."

"..but the federal funding of abortion is the most morally odious of them all"

I agree, Gil. However, I fear that if they pass any kind of universal healthcare bill now, they'll just have so much more power behind them to tag on the abortion funding much easier later.

Gil,
I've paid for murder for all of my working years. Since I began working in the real world some twenty years ago I have opposed the wars which came up. Especially the wars in Iraq and Afghanistan.

I'm sure you will tell me that those murdered by their mothers are the most innocent. I call pre-emptive male bovine excrement on that argument.

We slay babies and children and women and innocent men, each and every day. Sometimes by accident, sometimes simply because it is easier to "kill 'em all for God will know his own." My money goes for that and I'm morally opposed. Yet I accept that once the die is cast I must protest and pray but unless I am willing to act outside of the law, there is little else to be done. I still sleep soundly.

The only hope to end abortion is to convince everyone to accept all babies. Nothing else will ever make this go away. At least with Roe v. Wade the wealthy and the poor both have access to this and it is being discussed. Were it to be only in the back alleys, we'd simply ignore the problem. Certainly that is the understanding I have from my elders who were around during the pre-Roe days.

I'm tired and sleep seems good. Do as your conscience dictates of course but I'm going to focus upon what I can do today and tomorrow to bring love and caring to those I can affect.

The Senate nudged its health bill toward tighter restrictions on abortion coverage, a change that left advocates on both sides of the issue unsatisfied.

Under a deal with Sen. Ben Nelson, women who receive a new tax credit to buy insurance would write a separate check with their own money for abortion coverage, and states would explicitly have the option of barring such coverage from plans sold on new insurance exchanges. However, the language is less sweeping than that adopted by the House in November, which abortion-rights groups interpreted as the most significant setback in Congress for their cause in many years.

As it did in the House, abortion threatened to sink the health-care bill at the last minute in the Senate. Mr. Nelson, an antiabortion Democrat, vowed to withhold his vote unless the bill included more stringent requirements to ensure no federal money goes toward paying for abortion.

The debate centered around the insurance exchanges, where people who don't have coverage elsewhere will be able to comparison-shop for plans. Many of those people will get tax credits to help them buy coverage.

The House language prohibits anyone who gets a tax credit from enrolling in a policy that covers abortion. The Senate would allow states in effect to match that restriction if they choose, but in other states the Senate language wouldn't be as restrictive. It says women can get the coverage if they write two checks to their insurer, one for abortion and one for everything else. The change in the Senate bill is expected to be adopted this week."
---------------------------
Where do you see federal funding for abortion in this bill? Quit listening to any fearful voice and check your facts before you carry water (and that is what you are doing even though you may not realize it) for those whose interest in a significant degree seems to be to cast Obama as a moral scourge. You can certainly wring your hands over what might happen in the future, but please be honest about what has happened already. The entire article is in today's Wall street Journal.

I am almost in despair about this and I just don't know what can be done about it.

A taxpayers' revolt would have to be very broadly based. If it's only a few people here and there who refuse to pay their taxes, I'm sure they will suffer draconian punishments as a warning to the rest of us. And I doubt that it's even possible to withhold taxes since they're often automatically taken out of one's paycheck.

You know, Robert, I haven't forgotten your original point which was to say getting "decent" healthcare to 30 million Americans was the important thing. And that this is in the Gospels. This is the foundation of your argument.
Rick F.

“My money goes for that and I'm morally opposed. Yet I accept that once the die is cast I must protest and pray but unless I am willing to act outside of the law, there is little else to be done. I still sleep soundly.”

You sleep soundly thanks to the American Soldier.
Rick F.