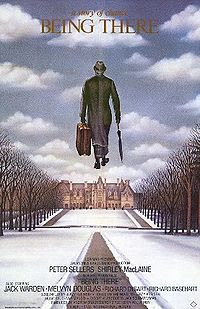 After musing on the eerie fact that our president doesn't know how to behave in a properly presidential fashion, Mark Steyn offers this:

I don’t just mean social lapses like his latest cringe-making bow, this time to Their Imperial Majesties, the Emperor and Empress of Japan — though that in itself is deeply weird: After the world superbower’s previous nose-to-toe prostration before the Saudi King, one assumed there’d be someone in the White House to point out tactfully that the citizen-executives of the American republic don’t bow to foreign monarchs. Along with his choreographic gaucherie goes his peculiar belief that all of human history is just a bit of colorful backstory in the Barack Obama biopic — or as he put it in his video address on the 20th anniversary of the fall of the Berlin Wall:

Tear down that wall . . . so they can get a better look at me!!! Is there no one in the White House grown-up enough to say, “Er, Mr. President, that’s really the kind of line you get someone else to say about you”? And maybe somebody could have pointed out that Nov. 9, 1989, isn’t about him but about millions of nobodies whose names are unknown, who lead dreary lives doing unglamorous jobs and going home to drab accommodations, but who at a critical moment in history decided they were no longer going to live in a prison state. They’re no big deal; they’re never going to land a photoshoot for Vanity Fair. But it’s their day, not yours.

The above are mostly offenses against good taste, but they are, cumulatively, revealing. And they help explain why, whenever the president’s not talking about himself, he sounds like he’s wandered vaguely off-message.

All fine and good, Gil. But the political reality is that Chauncey, regardless of the gaffs, goofs, and faux pas, has continued to have his way. The health reform bill, so-called, is a fait accompli.

We can all see the indicative. What is the normative?

While I too have big trouble with Obama's agenda, I have to say that, in fairness, between Reagan falling asleep during an important meeting or having his wife feed him lines when he couldn't think of what to say, Bush 41 vomiting publically in Japan or commemorating Pearl Harbor on September 7, Clinton secretly creating dry-cleaning problems for his intern in the White House, and "Smoke-em-out-of-their-holes" Bush 43 stepping on his tongue countless times, I would say Obama is in good company when it comes to bad presidential form.

I wonder just where all the concern regarding gaucherie, poor taste and egomaniacal blithering idiocy was over the past eight years. I admire alot that you have had to say in recent years, but I'm sad to say it appears to me you're devolving into an unimaginative crank.

The inappropriateness boggles the mind. Frankly, I find Obama’s mediocrities comforting, making it less likely he’ll get so much done that we can’t walk it back in a saner time. But what kind of mind skips over the suffering and struggle of generations are mere prelude to... himself?

I was genuinely baffled as to why the comment was read in such a negative and egocentric light when the most obvious ways of reading it are , in my opinion, not about Obama or Merkel but about systems and countries and historical precendents etc.

Then I thought about this quote:

If you give me six lines written by the most honest man, I will find something in them to hang him

Gil,
Sort of off topic, but not really, have you seen the movie, “Edward Scissorhands”?

I didn't see it, Rick. Movies have dropped out of my life for the last few years. There's hope for a recovery, but it hasn't happened yet.
Cheers, Gil

I know the feeling, Gil. I don’t watch any television now – nor miss it. Movies though, there are still enough good ones, mostly old ones and occasionally a new one pops up.
Edward Scissorhands, came out in 1990 I think and it was your post’s movie poster image of “Being There” that reminded me of it. Like many (if not all) of Tim Burton’s movies, Scissorhands is told as sort of a modern day fairy tale. His movies tend to be a little darker than I prefer. Anyway, as it turns out Burton was a bit of the outsider as a boy and this is reflected in the main character Edward. It is perhaps just-barely a family movie (by my standards) and we’ve watched it and enjoyed it here many times. I might say it’s a cross between the Wizard of Oz, Pinocchio and Frankenstein, if you can imagine that. Anyway, to get to my point :-) it was only early this morning that I realized a familiar theme running through it that I’m not certain I ever would have if I hadn’t read your book. Edward, I think, is the “victim with a voice”. There is a mob that was at first made up of individuals who were enthralled with him, in individual, personal ways and eventually all turn on him as one group. It was the mob I noticed first. Which of course leads us to the “all but one” victim, Edward, who, throughout the entire movie is always “shown” to be innocent. His character spans the arc from Adam to Jesus and even performs what I would argue are “miracles”. The number of similarities to the Bible stories are simply too many to ignore.
But here’s the thing, I don’t think the writers were aware of this theme when they wrote it. If I’m right about this, then you and Girard are right: the Gospels made them do it :-)