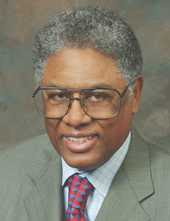 "Fidel Castro, Hugo Chávez, Moammar Qaddafi, and Vladimir Putin have all praised Barack Obama. When enemies of freedom and democracy praise your president, what are you to think? When you add to this Barack Obama’s many previous years of associations and alliances with people who hate America — Jeremiah Wright, Bill Ayers, Father Pfleger, and so on — at what point do you stop denying the obvious and start to connect the dots?"

Suspicions such as this raised by Sowell are hardly put to rest by stories of the Obama administration cutting off funding to the highly respected Iran Human Rights Documentation Center, an act of almost unimaginable callousness, given the Iranian regime's brutal crushing of the pro-democracy demonstrators over the last few months. Here's what Michael Rubin said about it on National Review Online:

"The Clinton State Department has decided to cut off all funding for the Iran Human Rights Documentation Center (IHRDC), which was compiling lists of protestors imprisoned in this summer's unrest, as well as those who were killed in the crackdown.

"IHRDC is what human-rights advocates should be: methodical, precise, and apolitical in their work. And yet, the Obama administration has, without explanation, cut off all federal funding to the group which has consistently fulfilled its mandate.

"Anyone, across the political spectrum who has any interest in human rights in Iran keeps the IHRDC reports on their desks."