Science of Facts & Epistemology of Truth 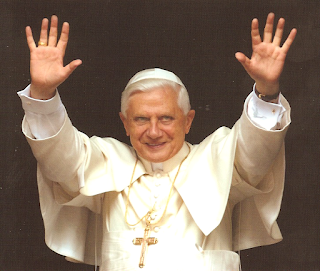 A number of very smart people have made very conspicuous fools of themselves lately by not recognizing a truth expressed with such lapidary economy by Benedict XVI in his marvelous new book, Jesus of Nazareth:

The highest truths cannot be forced into the type of empirical evidence that only applies to material reality.

For an extended meditation on this insight, see Leon Kass' essay in the April edition of Commentary, "Science, Religion, and the Human Future" (subscription required). Two of my most trusted friends, Ron Austin and Tom Olp, recommended Dr. Kass' article to me within 30 minutes of each other yesterday. Benedict gets the nod for succinctness, but Leon Kass draws out the implications of the Pope's remark.

The substantive limits of science follow from certain fundamental aspects of scientific knowledge and from science’s assumptions about what sorts of things are scientifically knowable. They stem from science’s own self-proclaimed conceptual limitations — limitations to which neither religious nor philosophical thought is subject. This is not because, science being rational, it is incapable of dealing with the passionate or sub-rational or spiritual or supernatural aspects of being. It is, on the contrary, because the rationality of science is but a partial and highly specialized rationality, concocted for the purpose of gaining only that kind of knowledge for which it was devised, and applied to only those aspects of the world that can be captured by such rationalized notions. The peculiar reason of science is not the natural reason of everyday life captured in ordinary speech, and it is also not the reason of philosophy or religious thought, both of which are tied to—even as they seek to take us beyond — the world as we experience it.

Or as Hans Urs von Balthasar put it half a century ago:

To an epoch in which anthropology has been recognized as the key to philosophy, it is self-contradictory to foster an intelligence that approaches things from a merely rationalistic and technical point of view, indeed it completely misunderstands its own being. ... In the anthropological period the highest objectivity can be attained only by the highest personal risk of man himself.

Balthasar comes close to matching Benedict in succinctness when he writes:

A theory of knowledge that resolutely starts from the case that sets the norm of all knowledge, i.e. the meeting between persons, saves itself a good many problems.

Thanks Gil for publicizing an excellent article on knowledge, science and truth. For those wishing to read the article without subscibing to Commentary, the link below accesses a PDF version of the article.

Re: my 10:37AM post. The entire URL did not display. Add the characters below, no space after backslash, to access article. Sorry about that!
pub_detail.asp