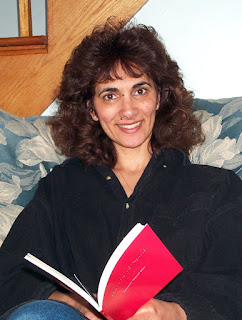 Liz reading Johann Baptist Metz' "Poverty of Spirit"
When the priest put ashes on my forehead on Ash Wednesday with the words, “From dust you come and to dust you shall return,” I didn’t need reminding. My beloved wife Liz had died a few days earlier. “There's a divinity that shapes our ends,” said Shakespeare’s Hamlet, “Rough-hew them how we will.” That Liz’s wake was on Ash Wednesday was in keeping with so many remarkable coincidences that punctuated her life, the life we shared, and the life we continue to share.

As remarkable as it was that Liz’s wake would be on Ash Wednesday, even more remarkable is the fact that her funeral Mass was on February 22, the Feast of the Chair of Peter in the Catholic liturgical calendar. It was on that day in 2005 that Liz had her first surgery, and the coincidence of the surgery and the feast had great meaning for us throughout Liz’s long and exhausting ordeal.

The first thing Liz did when a date was set for her surgery was to look up the day in the Church’s liturgical calendar. When she discovered that the operation was occur on the Feast of the Chair of Peter, she was thrilled – considerably more thrilled than one would have thought, given the gravity of the operation she was facing. She was thrilled because the coincidence immediately inspired her to offer up the sufferings she knew she would have to endure for the intentions of John Paul II, who was the occupant of the Chair of Peter at the time, and for whom Liz and I had long had the greatest admiration. That Mother Church bestowed on Liz her final Eucharistic blessing on the Feast of the Chair of Peter is yet another indication of the choreography of “things seen and unseen” to which Liz’s life gave such quiet but stunning testimony.

One would perhaps think that having two years to anticipate Liz’s death, I would have been prepared for it, but when she breathed her last breath, her hand in mine, a great chasm opened up beneath me as I felt (so it seemed to me) her spirit leave. And so my Lenten journey this year will surely be darker and lonelier than any I have yet known, but, heartbroken as I am, I am nevertheless sustained by Liz’s continued spiritual and emotional presence in my life. She remains in death what she was in life: my daily companion, the Marian (Beatrician) mediatrix of my faith, and the collaborator in all my efforts to render that faith both compelling and intelligible.

Since Liz’s death, I have been blessed with an outpouring of love and support from countless friends, an outpouring that has almost certainly overwhelmed my ability to respond as personally or as promptly as I would like. I hope my friends will understand. I have been deeply touched by the warmth and kindness of so many. In case I am unable to respond as I should, please accept this generic expression of my gratitude as a poor, and I hope only temporary, substitute.

For many months now – and especially during the last two months – all but the most unavoidable responsibilities – both domestic and professional – were set aside as I attended to Liz’s growing needs. These long-postponed responsibilities now await my attention. In the weeks ahead, I will be working with Randy Coleman-Riese, the Cornerstone Forum Executive Director, and a number of others as we revamp and reschedule our Emmaus Road Initiative program.

This weblog, of course, exists to contribute to the Cornerstone Forum’s efforts to foster an intellectually robust and spiritually compelling appreciation for the truth which Christianity exists to proclaim to an indifferent or hostile world. The fact that its blog-master has recently lost his dearest friend and spouse, and that everything in his life is now colored by that loss, means that there will be a period of transition during which it will be impossible for me to turn undivided attention to the broader cultural matters with which this weblog is primarily concerned. During this transitional Lenten interim, I will try to stay in touch via this weblog, albeit with posts that may continue for some time to be colored by my personal loss and the ineffable Easter light that suffuses it.

To wit: these photographs of Liz, selected quite at random, which provide little windows into the remarkable person she was and is. 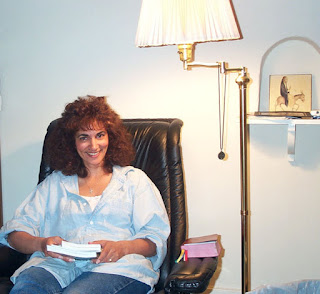 Probably teasing me about something ... 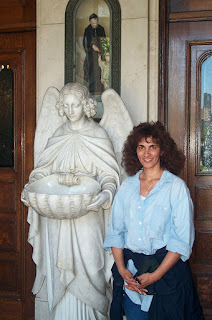 Liz on our honeymoon 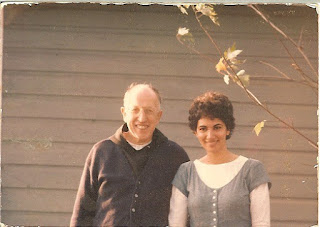 Liz and Fr. Mark Delery many years ago. 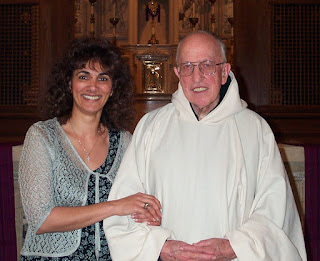 Eternal rest grant unto her, O Lord,
and may perpetual light shine upon her.