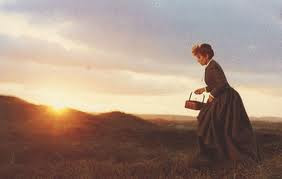 Starting in early January I will be posting excerpts from a series of talks Gil Bailie gave in the 1990's entitled the "Crucial Choice". The first part of this series will focus on the Isak Dinesen story/film "Babette's Feast". The following paragraph from an article in the Journal of Religion and Film, 'Kierkegaard at Babette's Feast: The Return to the Finite', by Jean Schuler (http://www.unomaha.edu/jrf/kierkega.htm) makes a point that was proposed yesterday on Gil's Facebook page about the scope of human desire that fits nicely here:


Babette's Feast achieves what Kierkegaard treated as impossible: to make the hidden movements of faith visible. A film about goodness threatens to bore its audience; a film about holiness that manages to get it right would seem to be as impossible as roses blooming in December or sitting down to a banquet fit for kings in a Jutland cottage. The usual ways of analyzing character and plot don't size up the elderly sisters who move with such grace through the quiet grays and browns of the village. A modern critic might insist: these daughters were controlled by a powerful father fixation. What a waste to have never experienced romantic love or the flowering of their talents! To try on a psychological analysis is to realize somewhat ruefully that it doesn't quite fit. Freedom, sorrow, and also joy hang together in this delicate balance. This wisdom does not belong to the stoic who trims desires to match the situation and remains tranquil at all costs. Here desire, like fine sauce, bubbles loudly; we aren't about to quench desire or diminish its searing effects in our lives. In Babette's kitchen, we hesitantly sit down to feast holding close to the promise of Psalm 85 quoted throughout the film: "Mercy and truth shall meet. Righteousness and bliss shall kiss."

Posted by Randy Coleman-Riese at 1:30 AM