It seemed like a good idea at the time. 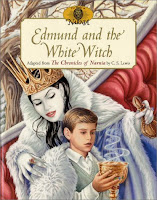 Turkish Delight
The European Welfare State
The estimable Theodore Dalrymple has an article in the New English Review very much worth reading. It is his reflections on his recent extended visit to two decaying steel towns in Britain. As we have come to expect, in both he found signs aplenty -- not only of economic collapse -- but of profound moral and cultural decay. I link to his article because I think what he saw represents the future for the aging and culturally exhausted remnants of Western Civilization -- very much eventually including the American outpost of that civilization -- if we follow the present European path which has led to precisely what Dalrymple found in Northern England and Wales.

The ex-steel town in Northern England had been selected by the government, or by some department thereof, as a place of settlement for asylum-seeking refugees, mainly Kurds from Iran and Iraq. These young men – they were overwhelmingly young men – had made their way across dangerous and hostile territory, often by very chancy means, to reach Britain. I know from experience of talking to them that it is not easy to arrive at an estimate of their true motives for coming: but whatever those motives might be, their initiative and willingness to take risks can scarcely be doubted. If allowed to be, they could be an asset to the country that received them.
Instead of which the official policy was to turn them as quickly as possible into welfare dependants. Unable either to prevent them from coming or to deport them once they have arrived, British officialdom in its wisdom has decided to prohibit them from working, and to enforce this prohibition it has selected places like this ex-steel town, where unemployment is near-universal, as their enforced place of residence. So there they congregate, quickly turned from adventurous and eager young men into dispirited idlers, mere habitues of billiard halls and consumers of pornography on the public library’s computers (or as near to pornography as library’s system would permit): that is, when the most enterprising among them they did not become traffickers in something or other.
In both towns, the only economic activity is the administration of poverty and the recycling of government subventions, usually through supermarkets and charity (thrift) shops. Even the charity shops are in effect governmental because most of the larger charities in Britain have been nationalised, their most important donors now being the government. I enter these shops – the Germans have a saying that never fails to come to mind as I do so, namely ‘It smells of poor people here’ – because they always have a few books for resale, overwhelmingly the trashiest of trashy novels, but usually (and unaccountably) with an academic tome among them at a knockdown price, for example Herbert S Klein’s African Slavery in Latin America and the Caribbean.
If anyone doubts the existence or reality of a dependency culture, he should visit one of these two towns. They are East European communist towns with a bit more consumer choice, but not much the better for that, and in some respects worse, in so far as there is less intellectual ferment in them.
The people do not walk so much as trudge, plastic bags hanging from them like heavy fruit. They are grey-faced, bowed-down, prematurely aged, arthritic before their time. An astonishing proportion of them need (or at any rate use) walking sticks from their thirties onwards. Many of them are enormously fat, and one can imagine them completely immobile by the age of sixty. The small children – overwhelmingly illegitimate, of course, for more than half of children born in Britain are now illegitimate, and the poorer the area (except for Indian and Pakistani immigrants) the higher the proportion – are devoid of the sweetness of young childhood, instead having a fixed look of malice on their faces by the age of three. Ferret-faced young men, attired in international ghetto costume, often with a hood, stand around talking to one another, at least a third of their words being ‘fuck’ or one of its cognates. The young women are all highly sexualised without being in the least alluring. Their fate is to have children by more than one of the ferret-faced young men.
Hopelessness, indifference, apathy is everywhere, omnipresent like the gases of the atmosphere. No Indian or African slum has ever affected men in the same way: this is far, far worse. Energy is dissipated before it is expended, as if by some kind of magnetism. The people are not starving – if anything, the problem is the reverse – nor are they living in physically intolerable housing conditions, though their houses are depressingly ugly. That so many are festooned with satellite dishes is a bad sign: where satellite dishes are many and prominent, the people are bored and listless. Litter lies everywhere and many people do not clear it even from their own front yards, preferring to wade their way through it to their front doors. . . .

The situation is this: the people, for the most part, are not well-educated and they have no skills. The next generation will not be well-educated either, because the state educational system steadfastly refuses to teach. But unskilled labour in factories is unavailable and will never be available again, at least not without protectionism that would wreck the world economy as a whole.

Thanks to the subventions they receive, and no doubt to the loss of the work ethic or habit, their labour is unlikely ever to be worth as much to an employer as he would have to pay them to make it worthwhile for them to go to work. After all, as things stand, their rent is paid, their local taxes are paid, their schooling and health care are paid, they have to make no contribution to ensure they will get a pension, and their bus fares are paid. Their one responsibility is to stretch out the cash-subvention that they receive in such a way that they can eat, smoke, drink and watch television.

The culture of dependency, the White Witch's latest offer.

Hat Tip to my friend Jill Fallon at Business of Life