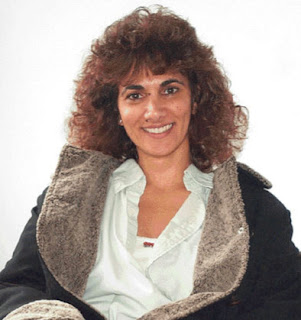 We are here to commend Liz to God’s mercy and care and to thank God for the privilege of having known and loved her, and not to drown these our bitter-sweet Christian responsibilities in a sea of reminiscence. We will have an opportunity to reminisce later today. But if a grieving husband can be allowed a reminiscence or two, I would like to say a few words about Liz.

To keep from rambling, as you can see, I have taken the precaution of organizing my thoughts; I hope you will not think them less heartfelt for that. I hope as well that you will forgive me for not being excessively morose. As a Christian I am enjoined by the apostle Paul not to grieve as the pagans do. I hope what follows will be an example of what Saint Paul calls “godly grief,” that is to say: grief suffused with the light of Easter. Liz would surely have it no other way.

Anyone who knew Liz knows what a unique person she was. No one who knew Liz at all well will ever be heard to say: “Ah, yes, Liz … Liz reminds me of so-and-so.” There are no so-and-sos out there bearing even a remote likeness to Liz, and all of us who knew her realize this. Liz was in a category of one. One of the unique things about Liz, however, was the fact that she neither particularly admired uniqueness nor ever aspired to it. If she aspired to anything, it was social invisibility. To be the object of social attention was one of her greatest fears. No, Liz acquired her uniqueness the hard way: though the experience of sadness and suffering and the intimacy with God that sadness and suffering can make possible.

The first thing that struck me about Liz when we met was that she had a depth that one only finds in those who have been brought to their knees by heavy crosses, so I was not surprised to learn, as we got to know each other, that hers had not been an easy life. Her mother’s long and distressing illness – and its lingering emotional repercussions in Liz’s life – the tragic and untimely death of the younger brother to whom she had tried to be both sister and mother, and an adult life plagued with frequent devastatingly painful migraine headaches … Liz was someone who knew suffering.

John of the Cross, the great Carmelite whose religious writings Liz loved, once said: “The deeper the wound the greater the healing,” a mystery that the contemporary poet Leonard Cohen expressed when he wrote:

There is a crack in everything,
That’s how the light gets in.

When I first met Liz at a retreat I was giving in Connecticut, in addition to sensing that she knew suffering, another thing that struck me was her love for the Church. I move in circles where one occasionally bumps into people who love the Church, but Liz’s love for the Church had a special quality about it. It was not so much that she loved the Church – in the perfunctory way we often love old familiar things – rather her love for the Church was spontaneous, unaffected and, most remarkable of all, entirely unproblematic. She loved the Church with the kind of love that has been all but eradicated by the spirit of our age, a spirit which is so antithetical to the Catholic sensibilities which were so alive in Liz.

Sensing how remarkable Liz was, how uncontaminated she was by the spiritual toxins of our time, I found myself wondering: Where has this woman been keeping herself, that her Catholic sensibilities are so fresh and alive?

Where, indeed, had she been keeping herself? As I was soon to learn, Liz’s love for the Church had a local habitation and a name: St. Joseph’s Abbey in Spencer, which had been her spiritual home all her adult life. In the aftermath of an early life altering religious experience, and thanks to a suggestion by her friend Michael Boover, Liz discovered the Abbey in her early 20s and shortly thereafter almost literally shoved her foot in the door long enough to get a few minutes with Fr. Mark Delery. The few minutes turned into a few weeks, then a few months, then a few years, then a few decades. Fr. Mark, the senior concelebrant at today’s Mass was Liz’s spiritual director all her adult life.

Since there is nothing not to love about St. Joseph’s Abbey, Liz’s love of it was not as extraordinary as her love for that great gargoyled wonder we call Mother Church. Nevertheless, as C. S. Lewis once said: heaven is an acquired taste, and not everyone has the patience and poverty of spirit it takes to be nourished, as Liz was, by the Cistercian life of prayer and worship.

But as Liz and I corresponded after that first meeting, and as I was occasionally on the East Coast and could stop by for a visit, I discovered something even more astounding, namely that Liz actually loved God. I mean, she actually loved God.

Now, like most of you, I had learned from my sainted mother to believe in God, and I had been taught by the Sisters of Mercy to pray to God, and I had heard the first of Jesus’ two great commandments countless times, and I even fancied that I was more or less obeying it. It was not until I met Liz that I realized how extraordinarily rare it is to find someone who actually does what Jesus commands, who actually loves God. Liz loved God. The more I realized this, the more astonishing it was to behold.

As Liz’s friends and family probably know, having a friend or family member who loves God the way Liz did can be confusing and sometimes exasperating. God’s ways are not our ways, and those who passionately love God are often a complete puzzle others. Jesus’ friends and family thought his behavior more than a little strange if you’ll remember.

Befriending someone who loves God is a little like taking a walk in the woods with a hound dog. Every now and then, the dog stops dead in his tracks – his nose to the ground, panting for no apparent reason – or he darts off frantically in a direction perpendicular to the path on which his companion is trudging. Repeated attempts to convince him to give up his foolishness are useless. The dog has found something far more interesting than whatever hum-drum plans for the day his companion might have had. If the dog had one ounce of attention to spare – which of course he wouldn’t – he would probably feel pity for the poor creatures who have to slog through life with noses that are almost entirely useless.

Irreverent as it may be to say so, that’s the way it is with people who love God the way Liz did. The Spirit blows where it will, and long experience teaches them to be prepared to go perpendicular to the flow of things – or vertical to it – on a moment’s notice.

This is one of the reasons why those who love God often do the world the courtesy of going off by themselves – as Liz did – or huddling together in some remote spot, as the monastic lovers of God do. I’m sure my friends the monks of St. Joseph’s Abbey who are with us here this morning will forgive me for saying so but monasteries are asylums for the lovers of God. If these extraordinary and exasperating people were allowed to roam the world un-chaperoned , they might frighten the natives. By staying on their reservations these lovers of God can inflict the idiosyncrasies of their vocation on each other, leaving the rest of us to our sundry distractions. Liz, bless her heart, had the soul of a monastic without an explicit monastic vocation. She had to carry her monasticism around with her the way a turtle carries his home on his back.

Hans Urs von Balthasar, one of the 20th century’s towering theological giants, says somewhere: “The only part of earthly love to survive [death] will be the heavenly love that has become incarnate in it.”

If there was a laboratory in which Liz and I transmuted earthly love into heavenly love, it was what we came to call our “port time.” The whole time we were married, unless I was off on one of my travels, at 5 p.m. sharp, we would stop whatever we were doing to pray together and chat quietly for while. It was more prayer time than port time, but it almost always included a glass of port, thus its nickname. Each evening we prayed the Divine Office and a few other prayers. We prayed specifically for those we loved and those we felt were in special need of prayer. We often prayed for those who suffer the worst poverty of all, namely those who have no one to pray for them. We then talked for a while about what we were working on during the day: Liz’s poetry or the memories she was collecting, or some lecture I was preparing or piece of writing I was struggling to get right. Often we read passages to each other from things we had read that day that had left an impression on us.

By beginning our day with Lauds and Mass at St. Joseph’s Abbey and ending it with these unforgettable moments of “port-time,” the earthly love Liz and I had for one another became the vessel in which we distilled – drop by daily drop – a heavenly love of the sort that survives death.

I will continue to begin my day at the Abbey as Liz and I always did and end it, as we did, with “port time,” but especially at port-time I’m sure I will feel, in addition to Liz’s spiritual presence, her physical absence. It is then that I will most miss the truly amazing and utterly unique woman who was for a few short years my dearest friend in all the world. May she rest in Christ’s peace.

And may God bless all of you for being here today and reward you for your many kindnesses to Liz.

I was privileged to meet Liz on a Saturday morning session of the ERI in DC; Randy was there that day, too. Astounding how swiftly the years pass by.

Requiescat in pace, Liz, and pray for us if you'd be so kind.

Thank you for sharing this. I'm left speechless about Liz, and even more grateful that you're hanging on with those of us who need your apostolate to continue for a bit longer. If I should outlive you, I will on that day rejoice over your reunion. The light of Easter indeed!

Gil,
My prayers are with you and your family.
Ad Astra Per Aspera,
Kevin