The Tolerance Vigilantes at it again . . . 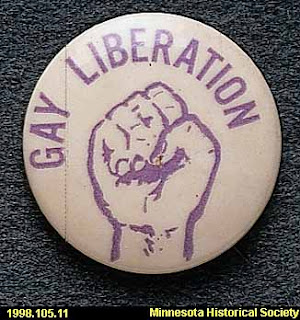 Lesbian, gay, bisexual and transgender activists are seeking to oust an elderly Prop. 8 supporter from a theater board whose eleven members must be approved by the City Council. The Oakland City Council is expected to vote on the issue.

Lorenzo Hoopes, 96, has volunteered for decades with Paramount Theatre of the Arts and has been a member of its board of directors for twenty years.. Hoopes has a long career in public service and civic involvement, having served on the Oakland school board for 17 years and as the president of Oakland’s Latter Day Saints temple for many years.

Ordinarily, Hoopes’ reappointment to the theater board would be routine. But these are not normal circumstances, according to gay leaders, because Hoopes donated $26,000 to the Prop. 8 campaign to preserve traditional marriage. In a statement to the Oakland Tribune, gay activist Michael Colbruno said that, in light of the ongoing federal Prop. 8 trial across the bay, Hoopes’ reappointment is “so insulting. It’s so typical that the gay community in Oakland is being run over by a bus. If this were San Francisco, there would be 300 people in the streets.”

Gay activists may get their wish. Because of the intense opposition, city council president Jane Brunner expressed doubts that the Council would re-appoint Hoopes. One councilmember, Larry Reid, disagrees with Hoopes on Prop. 8 but felt he should be reappointed, stating, “This is America. No matter how controversial the issue is, someone like him should be appointed based on his ability to serve and based on his past contributions to the city.”

Fellow Paramount board members expressed support of Hoopes, but only on condition of anonymity for fear of the backlash from gay activists.

Stop and think: the members of the board who support one of their own -- who happens to have a view of marriage that has been unchallenged for millennia -- dare not publicly support him for fear of the lesbian, gay, bisexual and transgender thugs who might take revenge on them for doing so. Welcome to the world of tolerance.

Source: California Catholic Daily
Posted by Gil Bailie at 5:46 AM

Gil, I was struck by your imagery throughout the parts of this post that you yourself wrote:

"The member of the board...dare not publicly support him for fear of the lesbian, gay, bisexual, and transgender thugs who might take revenge on them..." (italics mine)

The title of your post characterizes those LGBT persons as "the tolerance vigilantes," and you show an old gay liberation button depicting a raised fist.

In light of what actually happened in Oakland, don't you think this might all be a bit hyperbolic and even incendiary? Aren't you raising your own fist a bit?

Oakland's LGBT community petitioned the city council to not reappoint Lorenzo Hoopes because they believe that people who support discrimination against gays and lesbians should not be rewarded with board positions where they are tasked with representing the community. (Mr. Hoopes is not just any supporter of Proposition 8; he was Oakland's largest individual donor to the Prop 8 campaign.)

Oakland has a large LGBT community, as you know, and they are disproportionately represented in the arts community. What could be more natural than that they would not want Lorenzo Hoopes sitting on a board that determines policies in the arts for the Oakland community?

These LGBT persons did not storm the City Council offices. They did not threaten anyone. They simply used their political clout to bring about a change that they believe is needed. And they did so by petitioning their elected representatives on the City Council. This is their right.

I'm sure everyone has a right to their opinion, but I think it is unfair to characterize people with whom we disagree as "thugs" and "vigilantes." Such rhetoric is a sign of the coarsening of public discourse that you yourself have often decried.

Say what you will..tolerance it is not.

Michael, that's an old conundrum: How can one claim to be tolerant and yet be intolerant of intolerance? Words like "tolerant" can quickly become meaningless, and so they should probably be avoided at all points along the political spectrum.

One more thought about that term, "tolerance."

It's a little antiquated. Though I'm sure it's still used, most civil rights activists will tell you they are not interested in "tolerance," which suggests a kind of grudging acceptance. We have our sights set much higher than that.

And, as I suggested, the term is extremely fraught and should be avoided. Any reasonable adult knows the importance of setting boundaries, i.e., of being intolerant of various behaviors.

So it's not "intolerance" per se that's the problem. It's more what one has chosen to be intolerant of, and why.