I just got to Washington, where I will take part in the March for Life tomorrow. It's supposed to rain and it will be cold, but if I can manage I will send some (grainy cell phone) photographs of the march as it is happening.

Meanwhile, this welcome story thanks to Sunlit Uplands: 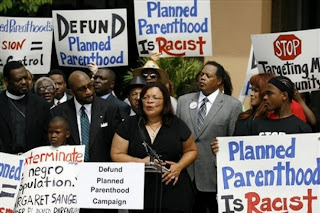 "Every year Planned Parenthood tries to imply that Dr. Martin Luther King, Jr. would approve of what it does today because he received an award from the organization 44 years ago," said Dr. King. "Every year they lie. My Uncle stood for equal protection and non-violence -- two concepts that Planned Parenthood violates every day by being the nation's largest abortion business."

"Dr. Martin Luther King, Jr. did not attend the event where his award was presented. We don't even know if he wrote the words of the acceptance speech that was read at the banquet," added Dr. King. "In 1966, abortion on demand was unthinkable. To imply that Uncle Martin's receipt of that award constitutes his endorsement of what Planned Parenthood engages in today -- the destruction of human lives -- is an outrage."