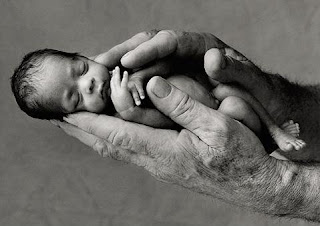 The word "tradition" and the word "treason" come from the same root.

The very name "modernity" self-consciously used to describe the period of the last several centuries in Western cultural history clearly exemplifies the spirit that has dominated these centuries, and the "postmodernism" that has lately been offered as its sequel -- as it's name makes obvious -- is nothing more than the same spirit, in Shakespeare's words, having eaten everything else in sight, at last eating up itself.

The spirit that animates both these phases of our cultural history is an anti-traditional spirit, rooted in the assumption that liberation from the past is the key to happiness and progress. This "liberationist" spirit has fostered a remarkable degree of economic and political improvements, but it must be said that the most impressive of these are due more to the residual presence of a Judeo-Christian ethos than to the forces that have insisted on its irrelevance.

Slowly but surely, however, the underlying presuppositions of the modern and postmodern eras have led to a loss of cohesion and cultural integrity, resulting in a situation today in the West which is little more than licensed autonomy enforced with increasingly draconian methods, all aimed at neutralizing or penalizing the public presence of traditional religious or moral judgments: what Pope Benedict called "the dictatorship of relativism."

All of this plays out as the culture war, which, however reluctant one is to enter its lists, can no more be avoided than can other kinds of war. The bumper sticker which reads: Stop the War, for instance, seems to presuppose that this can be done by simply laying down one's arms. Which, in a way, is true, for it would simply concede the contest to those who have not laid down their arms, thus bringing the war between them to an end. One doesn't have to be a political philosopher, much less a member of some neo-con cabal, to realize that war ended on those terms might lead to a very unhappy state of affairs.

So ... the unavoidability of the culture war. The passions aroused by that war, however, should not blind us to our responsibility to our descendants. I am even tempted to describe the belligerents in today's culture war as those who are primarily concerned with making the culture more congenial to their own impulses, desires, aptitudes, and preoccupations, on one hand, and, on the other, those primarily concerned with the cultural, moral, and spiritual needs of those who will come after them. I know howls of protest will be forthcoming about that; but I must say this is exactly how it seems to me.

The precise point I want to make is about the very nature of both tradition and culture. Both are received from the distant past, not concocted in the present or in the recent past. That is why we must try to resolve any differences between ourselves, our contemporaries, our ancestors, and our descendants in favor of our ancestors. Paradoxically, that is the only way we can resolve them in favor of our descendants. For what our descendants will most desperately need is an inheritance, a tradition, a moral, religious, and cultural patrimony that has the weight of centuries of affirmation, reflection, scrutiny, and living experience. Anything less ballasted than that will surely be washed away in the cultural tsunamis which are doubtless coming in the decades just ahead.

To hand on to the next generation a culture cobbled together out of the fashions and ideological enthusiasms of the last few decades is to betray them in the most irresponsible way, for such a culture is no culture at all, and it will do them no good. This is why the New Testament warns against the "spirit of this age," not because of the peculiar toxins at work in the late-first century Greco-Roman culture when the New Testament was being written, but precisely because every age produces its own unique myths and rituals for warding off the truth that Christians are charged with announcing to the world, and Christians are warned to be wary of them, in season and out.

What makes a tradition a living tradition is not that it has been recently updated to conform to the latest fashions, but quite the contrary, that it brings into play longstandng moral and spiritual realities to which the world will forever be hostile and for lack of which it will become mad and murderous. If such a tradition is to remain alive, it will do so, not by customizing itself to the point of being indistinguishable from its surrounding society, but by delving ever deeper into its reservoir of truth and bringing forth fresh new ways of understanding these truths.