Her vice of lust became so customary
that she made license licit in her laws
to free her from the scandal she had caused. -- Inferno V

Dante puts sodomites in another, lower place in the Inferno, but it is this tendency to make licentiousness licit that has such a strong contemporary analogue in the push to create the legislative fiction that homoerotic activity and the nuptial embrace are but two equally natural and legitimate forms of the same thing. The homosexual activists are late-comers to this moral coup d'etat. It was heterosexuals who made an art of turning sexuality into a recreational activity not to be unduly hampered by middle-class hangups, much less the sacramental dignity with which traditional Christianity endowed it. But late-coming homosexuals have mastered the art with great aplomb and obvious relish.

They are not, however, the only ones who want to replace key elements of the Western tradition with exotic moral codes more to their own liking. A surprising number of Muslims, especially in Europe, where their numbers are much greater than here, tell pollsters that they favor laws more in keeping with Islam's Sharia.

I mentioned in an earlier post the odd alliance between Jihadists and Leftists in Europe, where the political Left retains more of its Marxist roots than does the North American Left, which tends today to be a life-style libertine Left -- hyper-liberals with illiberal temperaments, content to throw off traditional moral constraints only to impose the new orthodoxy with sanctimonious contempt for those who resist. (In future posts I would like to return to this strange alliance if and when time permits.) 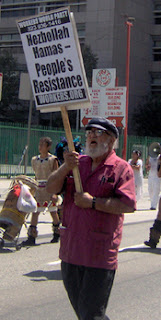 Herbert Marcuse's amalgamation of these two manifestations of Leftist activism still persists, of course, but the relatively greater weight of Karl Marx in Europe and Alfred Kinsey on this side of the Atlantic can still be detected. (I use Kinsey to personify the sexual revolution his reckless behavior exemplified and his unscientific writings served to exempt from moral scrutiny.) The Alfred Kinsey version of Marxism is not as likely to ally itself as readily with the Jihadists, but stranger things (not many) have happened. The multicultural world, however, is a carnival of such strangeness. There are jurisdictions in Europe today, for instance, where one is more likely to attract the attention of law enforcement agencies by calling into question the morality of homoerotic behavior than by calling Jews pigs and monkeys.

Inasmuch as Dante put Muhammad in the Inferno as a schismatic, he is surely on the Muslim short list of pernicious influences from which the young must be protected once the textbook committees can be made as solicitous of Islamic sensibilities as they have shown themselves to be of today's Lesbian-Gay-Bisexual-Transgender (LGBT) pieties. (And solicitude for one is very often accompanied by solicitude for the other -- one of the genuine oddities of the multicultural mentality.)

It's conceivable that the day will come when dropping Dante from the curriculum will be among the few things on which Muslims and the LGBT activists will agree. Like the elimination of Cordelia by her sisters in King Lear, however, or the elimination of Pompey in Antony and Cleopatra, once Dante and everything he represents is set aside, the concordat between those wishing to be rid of these things will collapse into intense hostility. Foreseeing precisely this as the result of the elimination of Pompey, Antony's lieutenant, Enobarbus remarks:

Then, world, thou hast a pair of chaps, no more;
And throw between them all the food thou hast,
They'll grind the one the other.

Bruce Bawer, is an American literary critic, translator, poet, living in Europe. He has written about being gay in America. His most recent book is While Europe Slept: How Radical Islam Is Destroying the West from Within. I would be surprised if Mr. Bawer and I see eye-to-eye on every issue, but I think he's surely right about this one:

Multiculturalism is deeply, perversely irrational. If you’re a multiculturalist, it’s verboten even to notice, acknowledge, and express concern about murderous hatred directed against you and yours by the officially oppressed. For a multiculturalist, any act or statement by a member of an officially oppressed group, however morally reprehensible, is to be understood either as a legitimate reaction against “our” prejudice (or our forebears’ colonialism) or as a legitimate aspect of an alien culture that we, in our pitiful narrowness, have failed to understand and respect – which is, of course, our obligation.

For a snapshot of how incoherent the world becomes when allowed to arrange itself according to the multicultural logic, there's this from the ever-quotable Mark Steyn in a December, 2004 London Daily Telegraph piece:

Last year, I was strolling down the boulevard de Maisonneuve in Montreal and saw across the street a Muslim woman, covered from head to toe in black, struggling home with her groceries past a "condom boutique" whose front window was advertising massive discounts on a, er, item of useful gay-sex paraphernalia. I wish I'd had a digital camera: there, in a single image, were the internal contradictions of the multicultural society. It seems highly improbable to me that gay hedonism and creeping sharia can co-exist for long.

The two greatest challenges to Western culture at the moment are from the Koran-quoting fanatics at the gates and the indulgent and irresponsible sexual liberationists within. It is not out of the realm of possibility that, after they beat up on Dante or the Pope for a while -- and when they no longer have George Bush around to cement their loopy alliance -- they'll grind the one the other, very likely crushing civility in Europe in the process. Since the sexual revolutionaries haven't bothered to produce the requisite numbers of offspring to maintain parity, were such a showdown to occur, the demographics would surely favor the jihadists. They would do most of the grinding.

From the ravaged world that would likely result, the Judeo-Christian moral tradition will look like what it has always been: an anthropologically sound summons to human nobility and dignity, a refuge from barbarism and tyranny, and a spur to human flourishing and freedom the likes of which the world has never seen.

I haven't seen very many comments posted lately. But the last two original posts were so good, I am compelled, from within of course, to say that I hope more writing like this, from YOU Gil, makes it into the public arena.