"By Your light we see light," says the psalmist in Psalm 36.

What's called the "Enlightenment" was a rescinding of this path to lucidity analogous to its first abrogation in the Garden of Eden, albeit one deeply indebted to, and suffused with, the Christian moral and intellectual tradition it disavowed. To see with our own lights only is to see through a glass darkly.

Now that the academy has abandoned Enlightenment rationality for sundry trendy escapades, its last practitioners are to be found the main-stream media. Main-stream journalists have a touchingly childlike faith in the core myths of the Enlightenment. Struggling under this handicap, their offerings are predictable, but not without poignancy for those less encumbered by journalistic prejudices.

The Church is not the kind of thing one can figure out on the first few tries. Viewed through the main-stream media prism, she is an odd sort of thing to be found sitting right in the midst of an age to which she seems both utterly irrelevant and strangely imposing. 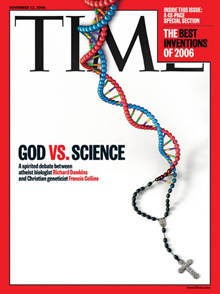 The Church is "a sign of contradiction" to the world, time and time again, the guardian of the intellectual, scientific, cultural and spiritual gifts she is routinely accused of obfuscating. 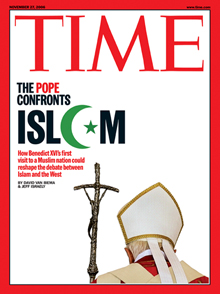 The Church, as a sign of contradiction, is often the voice of one heard crying in the wilderness, and sometimes the voice of Rachael weeping for the lost children.

Joshua Trevino, writing in the Brussels Journal, posts this from Istanbul, the former Constantinople, once the robust center of Eastern Christianity:

Today, there are approximately two thousand native-born Christians, almost entirely Greek, in the Queen City of Christendom. They are mostly old, mostly die-hards, and mostly clerics. As the Turkish state intended all along, the faith is nearly extinct in one of its most ancient lands – and the time will come when no native-born Christian “Turk” will be competent to sit upon the Patriarchal throne. And what then? Will the Ecumenical Patriarchate simply die a quiet death after long centuries? Will its demise be met like so many other tragedies of Christendom, with small regret and apathy? Will the Turkish state be a better, more Turkish state without its Christians?